Home Procurement News Why you need a chief procurement officer

Why you need a chief procurement officer 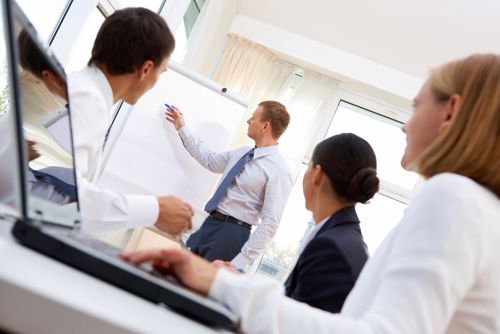 In recent years, many companies in the supply chain business have had to at least consider ways they can make their internal processes more efficient and their entire organizations better partners. Increasingly, these firms are identifying and following through on a great way to do both simultaneously: by hiring a chief procurement officer to oversee their efforts.

For some companies, this may seem like "a hat on a hat," just another hire that does the job someone else has been doing — without the fancy title — for months or years. However, the following benefits could help even the most skeptical companies see the light on how vital a CPO can be:

One of the reasons a CPO whose only job is to streamline and improve procurement processes can be preferable to just making it part of another manager's duties is self-evident, according to CFO magazine. When even the most attentive managers are tasked with just another thing on their plate, other issues they're overseeing can fall by the wayside. By making this one person's job, nothing will slip through the cracks.

They can whip partners into shape

It's not just internal efforts that can improve when you hire a CPO; it's those of your partners as well, CFO said. When you have someone dedicated to finding internal efficiency, you may often find that problems aren't necessarily your problems. Once that's happened, it's easier for a CPO to work with partners and get you all on the same page.

While it's a relatively new job description, CPOs are already developing some characteristics as a group, and that includes the fact that they tend to have a lot of technical training or degrees, according to Ardent Partners. That can help them tackle issues other mangers — even those in the C-suite — aren't equipped to deal with, especially those unique to the supply chain.

They've trained for the job

Along similar lines, you may have promoted some managers up the ladder from an entry-level job to overseeing a department, and that often means their long-term focus has been specifically on improving procurement and supply chain obstacles, Ardent Partners advised. That kind of added attention to detail and specialization can help them identify issues that even other supply chain veterans might miss.

They can lead to long-term sustainability

Finally, if your company is balking at the idea of adding another potentially high-paid executive position, you might be wise to look at it in terms of return on investment, according to the Future of Sourcing. Tightening up even a few areas of inefficiency can lead to tremendous savings in time and money, which in turn, means the CPO position is effectively paying for itself in relatively little time. Then, as months or years go by, those benefits only continue to build as your entire supply chain operations become more sustainable.