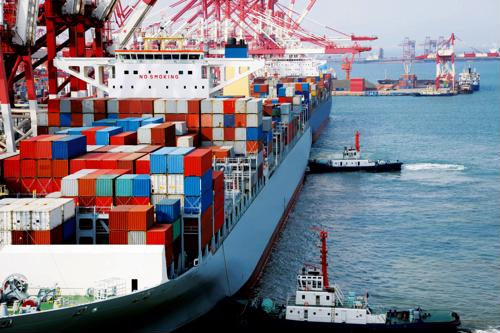 Originating in Wuhan, China, the coronavirus is grabbing headlines around the world for its potential impact on people's health, regardless of where they live. However, the disease also poses a unique risk for many companies with supply chains that stretch into China, simply because so much is produced there. Many manufacturers and other producers in China are shutting down operations while the government works to contain the disease, and in the meantime, the effect on global supply chains is growing.

With more than 20,000 cases of the disease discovered in China so far - and the number of patients growing seemingly all the time - there is no end in sight to the slowdown in China's output, which poses a major problem for companies the world over, according to Bloomberg. At least 20% of all global imports come from China, and the impact on its neighboring nations may be particularly strong, as roughly 40% of their imports are Chinese in origin.

In the U.S., that number is in the 30% range, but just about every first-world country on the planet gets at least 10% or so of its imported goods from Chinese manufacturers, the report said.

Compounding the issue
The coronavirus was first spotted in December, but has spread ever since, into late January - when Chinese production typically slows anyway because of the Lunar New Year, according to Sourcing Journal. That likely put an even bigger crimp in many global supply chains, and some companies stateside are now anticipating delays in shipments of at least a month.

Right now, the Chinese government will only allow factories to be open starting Feb. 10, but there is little certainty that this date will not be pushed back as well, the report said. Simply put, there are no firm indications for any companies in the U.S. or elsewhere that are waiting for both answers and shipments.

"This is going to be a significant disturbance in the supply chain," Sean Maharaj, managing director of global management consultancy AArete, told Sourcing Journal. "We compare this to the impact of SARS, but the export capability and global merchandise manufacturing was significantly different in terms of not only the volume coming out of China, but the complexity of the supply chains."

A broader problem
As it relates to SARS - another respiratory illness originating in China, nearly 20 years ago - experts caution that comparisons can be tricky, according to The New York Times. The Chinese economy has grown to eight times the size it was in 2002 and 2003, and its participation in global trade has skyrocketed. Observers also expect to see a significant impact from the Coronavirus in terms of what the Far East nation buys from other countries as well, meaning it's not just imports from China that companies in the U.S. and elsewhere need to worry about - it's exports to China as well.

For all these reasons and more, any companies operating supply chains across the Pacific - in either direction - need to be fully aware of all developments around the Coronavirus and plan for any contingencies that may come next.
Procurement News