Car recalls are driving customers away 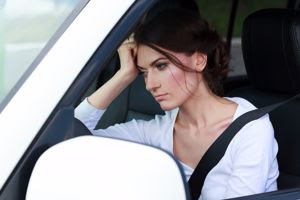 Unless you live in a city, you probably need a car to get from point A to point B. Unfortunately, ownership comes with added expenses. You'll not only have to pay for a car, but you'll need to take care of gas, registration and repairs. In many places, gas prices are the most reasonable they've been in years. However, repairs are another story. This year's vehicle recalls have significantly reduced customer satisfaction with the automotive industry.

Customer satisfaction decreases with recalls
Buying your first car comes with the thrill of being an independent and free person. You no longer have to borrow your parents' vehicles or get rides from friends. However, the excitement of that may decrease once you hear of the countless recalls that have occurred in the past year. The U.S. Department of Transportation's National Highway Traffic Safety Administration reported 47 recalls for faulty car seats, defective air bags, oil leaks and incorrect manufacturing since Aug. 1. In the first seven months of the year, nearly 35 million cars were recalled, the Wall Street Journal stated. While that is a decrease from 2014's 49 million vehicles during the same time period, the number still causes problems for many citizens and companies.

According to the 2015 American Consumer Satisfaction Index, there has been a 40-percent increase in recalls since the second quarter of the previous year. This has caused people to be dissatisfied with service and car quality. Even the costs of vehicles in today's society have created a chasm between auto manufacturers and consumers. Satisfaction has fallen 3.7 percent to 79 of 100 on the scale.

"While it is true that all cars are now much better than they were 10 to 20 years ago, it is alarming that so many of them have quality problems," Claes Fornell, ACSI chairman and founder, said. "The number of recalls is at an all-time high. This should not happen with modern manufacturing technology and has negative consequences for driver safety, costs and customer satisfaction."

Used cars may cause more problems than new ones
Unfortunately, new car owners aren't the only ones to face problems with recalls. People who own used vehicles may experience even more issues. Federal law only stops dealers from selling new cars that have been recalled, but pre-owned vehicles have no such regulation, Consumer Reports explained. Dealer-owned companies may ensure that there aren't any recalls prior to selling to consumers, but private lots aren't guaranteed to perform such research and tests, nor do they always provide accurate information.

To make sure cars are safe for consumers, manufacturers and government agencies need to work together to improve the supply chain. Rigorous tests should be performed both before and after vehicles hit the market to ensure the safety and durability of these cars. A new method must also be created for making used-car owners as knowledgeable as new vehicle purchasers.