Home Procurement News Are implanted gadgets the next big wearable?

Are implanted gadgets the next big wearable? 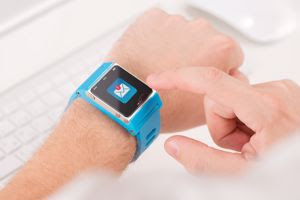 In post-apocalyptic Chicago, the desires of one woman pit one faction against another. While inserting a tracking devices into the Dauntless seemed like a good idea in theory, it actually posed more problems than benefits. With the help of simulation serum, the people in charge coerced that group to overthrow another, and no one had a say while under these individuals' control.

While "Divergent" is just a fictional world created by Veronica Roth, it may have some basis in reality. Mind control isn't on the menu, but implantable devices are. NewDealDesign, the creator behind the FitBit, is working on a new wearable device, only this one goes in the body. While the company's Project Underskin won't happen in the next few years, it will be released at some point after that. Testing and upgrades throughout the supply chain will be needed to avoid serious situations like those in Roth's world.

The benefits of implanted tech
In theory, Project Underskin is a forward-thinking and resourceful idea. These digital tattoos would be able to monitor your health, unlock doors and ensure only you can use your credit card, Fast Company explained. The devices would even exchange contact information through a handshake. The technology would be customizable for each user, so only that person will know what Underskin is telling him or her.

This communication happens through an implanted device that fits on your thumb. Underskin would light up in various shapes to signify different meanings for the user, but would keep the information private to everyone else. Unlike traditional wearable devices that you would have to remove and charge, Underskin is always on, running on the body's electro-chemical energy. The tattoo is should be safer and more convenient than those gadgets and other smart technology. However, it may take some convincing for the implanted devices to be accepted.

"When we started working on it, everyone was a little squeamish about implanting something, but there's a lot of cultural [precedent]," Jaeha Yoo, director of experience design at NDD, told Fast Company. "Obviously tattoos, piercings - people are implanting birth control. This stuff is going on now. It's not a huge step forward to implant something like Underskin."

Hacking risks of wearables
Underskin has been celebrated because of its high-tech abilities, but it may also face criticism for the same features. The digital tattoo stores countless amounts of personal information, which can be dangerous if the wrong people get their hands on it. In a society where nearly all technology faces threats from hackers, the implanted device could pose a greater risk, Manufacturing.net contributor Melissa Fassbender explained.

Cyberattacks have already posed a problem for health care, retail, credit card companies and individuals. The information hackers collect can expose people to financial crises and personal problems. However, Gadi Amit, president of NDD, believes Underskin will be much safer than its wearable counterparts, as there is no chance of losing it or giving access to someone else. While these worries are understandable, they are also standing in the way of innovation.

"The fear of hacking has prevented the wide use of Bluetooth, which is an amazing enabling technology," Amit told the source. "We are in a weird situation where these types of hacking fears are actually preventing these devices from saving lives."

Before the device is available to the public, NDD will need to perform a series of tests in various parts of the supply chain to ensure Underskin is safe and secure enough to be used in its desired way.