Home IT My iPhone 5 is going back. Part 1 – The little things add up.

My iPhone 5 is going back. Part 1 – The little things add up. 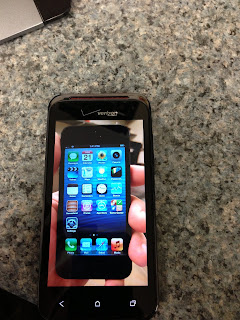 Anyone that knows me was astonished to find out that I picked up the new iPhone 5 as my every day phone. I’ve been carrying Android for years, and have preached how good it is (paired with right hardware) and the advantages it had over iOS to anyone that asked. Don’t get me wrong, I often recommend the iPhone to the right demographic, but in the professional and business community, I almost always steer them to Android. But I began to double guess myself when sales figures topped 5 million in a single weekend. Maybe I really am missing something, maybe I’ve been giving poor advice. So I thought I would give it a shot as my daily smart device and see what I’ve been missing.

It’s not that I’m a “fandroid” (though I do mostly love my HTC Incredible 4 that is barely 2 months old). No, it’s that I really dislike a lot of the controlled environment and proprietary components that come along with buying an Apple product. I actually own an iPad 3 that replaced my Samsung Galaxy Tab, and my wife has an iPod touch. We’ve invested in the cords, adapters and docks that are all necessary to make them work. But now Apple changed that, with its new “lightening port” and expects you to spend hundreds in adapters or new accessories just to get back to where you were before. It doesn’t even come with a single free adapter (that’s another $30). Apple couldn’t use the standards that the rest of the world was using; they had to create new revenue streams by convincing people that they have some genius technology (which it’s not). It’s a brilliant model really, and as much as I hate the controlled system as an end-user and a technician, I admire Apple as a business.

But I got past that. If I have to spend a couple of bucks to have a superior phone (and adapters) that makes my life more efficient, then so be it. So I bit the bullet and ordered the iPhone5 from Verizon. I also knew that I would have to give myself some time to get used to a different interface, and new I would be giving up the customizable widgets that I loved on my years of Androids.

So, my iPhone experiment began. I got my device via FedEx via presale on the opening sale day and was greeted with a fantastic looking device. It is lightweight, thin, nice looking, and seemingly extremely durable. But after the initial ‘wow factor’ wore off, I sat it next to my current Android and realized they were almost dimensionally twins, my android is actually a few millimeters shorter than my iPhone the width is identical, but my iPhone a good third thinner than the Android. Both have 4” screens, so the screen size of the iPhone does not impress me (been using a 4” screen for a few years already). Then the display, well, to be honest, yes it is bright and pretty, but it really isn’t remarkably better than the one on my Android. .

So now I start using it. Wow, it is fast. Quick and pretty. It flips through screens fluently. The animations, transitions and fade-aways are fantastic. Apps don’t crash with nasty “force close” messages like they occasionally do in my Android. It really is an attractive device both in hardware and software. I miss my customizable home screen and lock screen on my Android, but this device is so fast, that I’m already forgetting that was a concern. I’m going to save so much time using this device.

Well, that was my impression for the first day or so of ownership anyhow. In day two, I start to realize something. For as fast as this device is, it sure seems to be taking me a long time to do things. That’s when I start to realize more of the genius of Apple. They do a phenomenal job with aforementioned transitions and graphics. So much so, that you don’t feel like you are waiting for the application or phone to do things, because it is so engaging. In reality, it really is taking just as long to send a text, open and app, attach a picture to an email as it was on my Android. It just doesn’t feel like it because you are presented with pretty animations while the phone is doing its thing and it makes it feel faster.

And apps never crashing? Forget that; they crash as often, or more often, than they did on my Android. They just do so gracefully with a beautiful fade out effect as I am redirected to iPhone home screen. They don’t make you acknowledge that the app crashed, like Android does with an okay button. Lag; locked up screens, inaccurate key presses, it’s all there, just wonderfully masked behind the beauty of iOS. And at least with my android I could install a keyboard (Swift 3) that helps correct the phone or my mistypes, an option that is not available on iPhone (you have to use the default keyboard). I frequently have the app store telling me of updates that don’t exist, and have had to reboot on two separate occasions because an App got hung up and would not restart.

And of course there is the whole maps debacle. When I fire up the Apple Maps, the GPS frequently places me anywhere from 10 to 100 yards from where I am standing. It labels roads incorrectly, and has terrible artifacts on the landscape. And, yes Apple fanbois, I know to turn on location services, I know to have a clear skyline, I know technology, and this one DOES NOT WORK. I’ve heard the absolutely terrible argument “Google’s Maps Version 1 were not perfect either”, well that is just the dumbest excuse I’ve ever heard. Imagine your richer than you should be and buy a new luxury car EVERY year, an Audi A6 series. Every year you get every feature that is offered, including a hard-drive music system, DVD, 16 speakers and WORKING GPS. Now, this year, you buy the Audi and they replaced the system with a basic CD player from ten years ago, a GPS that only works some of the time and speakers that sound like tin, but the price is the same as was last year. Audi says, "well in the past Bang & Olufsen made our stereo, and this year we decided it would be cheaper to make our own. Even though we are a car company, not a stereo company, we still can try to copy the old design and we’ll ask you, the owner to help us improve it with your feedback. But don’t worry, in another few years we’ll figure out how to make a stereo as good as the one we used to provide you."  Even though you love Audi, would you accept that from them?!

But, maps aside, I realized something else. The device isn’t just as slow as my Android; it is SLOWER than my Android. No, not in physical raw processing power of the CPU… but in the everyday practical use of the device. Here’s why. In Apple’s strategy to appeal to the masses, they’ve made everything simple. From having only one button, to not allowing customizable lock screens, everything is locked down, simple and tightly controlled. The problem is that it has become so simple that it creates extra work for power users.


As many tech-heads know, the iPhone and iOS is really just an app launcher, a really really good app launcher. For all of Apple’s work on a notification bar (which still isn’t as good as Android’s) and a lock screen (that’s not customizable), it really doesn’t hold a candle to Android (for me). On Android I’ve got a calculator on one home screen, my calendar appointments, contacts, and weather all combined on another, and I’ve separated out the icons I use frequently to a pattern that I like on the other home screens (iOS auto places them back on your screen and does not allow white space). Widgets are a wonderful thing.

So, I’m nitpicking right. I hear the Apple fans taunting me now. You’ll get used to it. It’s just such-and-such gesture to do that. Use your other hand, swipe three fingers up, spin around in a circle and press the home button four times. Use Siri (because everyone is always in a quiet room and wants to talk to their phone disruption others). Well, I don’t like any of those answers.

Anyone that has any experience in improving business efficiencies knows that once the low hanging fruit is gone, real improvements are gained through small incremental time improvements. Those tiny improvements build up over time to big results. In my case, the extra click of two to three times combined with the over excessive moving around of my thumb (why is the back button all the way in the top left of the screen anyhow?) multiplied by the 25 to 100 times per day that I check my phone really adds up to an experience that is just too much time and work. Yes, it’s pretty work, but it’s time that I’d rather be reading media or doing other things with. I’d estimate that I spend an extra 1 or more minutes per day swiping around to get to things that I used to get to with one click. No Big Deal? Staying with a half minute a day would be 3 hours per year! (.5 minutes X 365)/60 = 3.04 Hours!

Tomorrow, I’ll take this already too long of a story and explain what this has to do with sourcing and procurement, with the following three bullets:

My Iphone 5 is going back, part 2.
-----Updated-----
Wow, the comments are coming in, and people are defensive and ANGRY!  They sure blindly love their phones.  Seriously people, are your lives so empty that you have to get worked up over a business blogger's experience with a product that was not exactly the same happy experience as your own?  Please, try to relax! I guarantee that me switching back to Android will not effect your lives in ANY way shape or form, I promise.

It's crazy to me, people are so passionate about their iPhones (or Androids), that they talk down to anyone that doesn't agree with them.  Just mentioning one thing you don't like and you'd think that I was trying to convince someone not to like their home football team, or even worse, trying to convert a democrat to republican, or vice versa.

Here is the short of it.  People are free to comment, and I will publish those comments unfiltered, provided they don't resort to name calling (which several have already been banned). The passionate people actually are proving my point, that I will blog about tomorrow.

I'm not going to respond to most of the comments either, I am traveling today, and really don't care to hear why you think that I should use a product that does not work for me.  This blog post simply expressed my opinion and experience with a product, to prove a point that I will address tomorrow. Just because the herd uses a product (or chooses a supplier), doesn't mean that product/supplier is right for you.

27 comments so far,Add yours