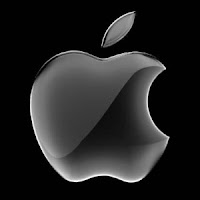 Below is a guest blog post written by Reese Jones, a tech and gadget lover who frequently authors quick tech tips and mobile-specific news, from O2, to tech-related DIY.

The highly anticipated tablet from Apple is now sold out after pre-orders came in a downpour. In just about 20 minutes, initial stock supplies of white models of iPad Minis sold out the fastest after pre-orders began, with black models holding out a bit longer. Consumers who wish to order the device will now have to wait a couple of weeks to get their hands on the new device.

The iPad Mini is literally a “mini version” of the iPad, offering the entertainment experience and innovative features in a scaled version. The 7.9 inch tablet, weighing only 0.68 pounds, boasts a dual-core A5 chip with crystal-clear responsive graphics. Its multi-touch experience is set to compete in the tablet competition.

Apple set iPad Mini loose to deliver the best experience to people, and they don't want to cut corners in order to do that successfully. Its pricing required aggressive moves to compete in the 7-inch tablet competition. It's less about making profits, and more about catering to the needs of the tech-savvy.

In Apple's online store, only the Wi-Fi iPad Mini version is available for pre-order with two-week shipping. Its official launch date on the market is set this Friday, November 2, with a suggested retail price starting at $329. The package with Wi-Fi and LTE will only be available starting in the second half of next month. Because of the pre-order's sell-out, it is still uncertain if it will affect iPad Mini's launch in retail stores and stock levels.

The black and white iPad Minis are identical in technical specifications. The only difference is that people consider the white version as an exclusive release. Take, for example, the white version of iPhone 4 which was released to the market a year after its black version. In comparison to other Apple products, the first stocks of iPhone 5 sold out in about an hour and pre-orders of 3rd generation iPad took a couple of days to sell out.

As for how the iPad Mini sold out in a short time, it may have been more interesting than Apple's other devices or Apple only released very limited amount of the white version and a bit more of the black version.