The Strategic Sourceror on Friday, May 21, 2021 Procurement News, 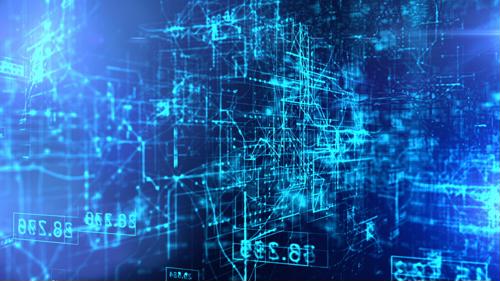 The novel coronavirus pandemic laid bare and exacerbated many of the challenges — both obvious and obscure — that companies in the supply chain face every single day. Among the biggest issues many businesses large and small have faced in recent months? A lack of transparency with their partners, hampered by difficulties in sharing and providing high-quality data.

Indeed, a recent survey of procurement leaders around the world found that 72% believed their tech investments were being held back because their data was overly dispersed, and 70% felt as though data was too often unactionable for themselves or their supply chain partners, according to Forrester Consulting and Ivalua. In the wake of the pandemic, nearly two-thirds were putting a premium on increasing supply chain agility, and almost as many wanted to be able to improve decision-making.

Moreover, problems with ineffective or inaccurate data led 47% of respondents to lose orders or have them canceled, and many also suffered reduced revenues and profit margins, the survey found. Almost half also said that they experienced overstocking issues on a monthly basis because of poor data.

"Now is the time to digitalize procurement and use it as a growth driver. This means using data to find new revenue streams and unlock supplier-led innovation," said David Khuat-Duy, Corporate CEO at Ivalua. "If procurement leaders don't overcome technology challenges now, they risk missing growth opportunities and ensuring resilience for the future."

Seeing the problem — but not addressing it
Meanwhile, a recent Deloitte survey found that relatively few chief procurement officers are actually doing anything to understand or address these issues. For instance, only 18% of those polled said they were formally tracking risks in their Tier-1 supplier bases, and even fewer (15%) had visibility beyond that top level.

This came despite the fact that poor data quality was cited as the top problem companies in the supply chain faced when it came to effectively using their in-house technology, ahead of poor integration and a lack of funding, the report said. Many CPOs say they want to address these problems, such as through standardization or reducing reliance on external IT partners follow-through on these efforts is clearly an issue.

Strength in diversity
The good news is that new data suggests companies that diversify their supply chains will often see better results, according to a recent study from Bain & Co. and Coupa. This includes the fact that top companies, when it comes to supplier diversity, also tend to be more efficient than their counterparts. That may be particularly true as it relates to relying on suppliers that are Black- or woman-owned businesses.

For all these reasons and more, it's vital for CPOs to do all they can to continually improve their processes, data standards and more, so that they are always putting their best foot forward and finding new ways to succeed.