The Strategic Sourceror on Thursday, May 06, 2021 Procurement News, 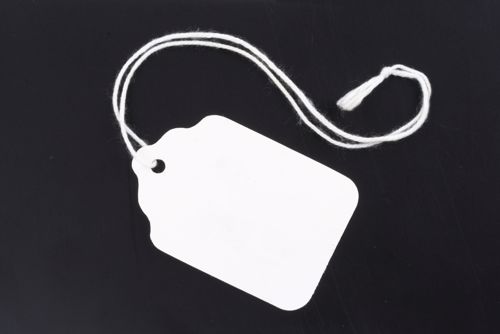 It's not just companies that are facing more difficult times as a result of the supply chain snags and delays seen over the past year. Consumers, too, are finding themselves in a tough situation — not only because they are having problems getting the things they want or need, but also because they're being forced to pay more for those items.

In recent weeks, a number of brand-name companies including Whirlpool, Procter & Gamble and Chipotle Mexican Grill announced that they were anticipating the need to raise prices for customers, according to Supply Chain Brain. The reason? Material costs are on the rise, and they have to pass those price hikes on to consumers to maintain their bottom lines. Indeed, industry research suggests that the vast majority of manufacturers in the U.S. are now paying more than they used to for raw materials.

The question many may have is whether this is a short-term situation where prices briefly rise, then settle back down again as the national economy returns to normal amid widespread vaccine rollouts, the report said. Certainly that's what the Federal Reserve Board is betting on at present, but while the national picture is solid and getting better all the time, headlines regarding serious outbreaks around the world — notably in India and Canada — may create more long-tail problems for consumers and companies alike.

A confluence of problems
Of course, the reason raw material prices are on the rise has more to do than just the materials themselves, according to Supply Chain Dives. Ports around the world are backed up because of the Suez Canal blockage earlier this year, labor shortages have been reported in many corners of the world, climate events persist all over the globe and so on. While every situation is different, one thing remains clear throughout: The supply chain has not fully adapted to the "new normal" and might not for some time.

At the same time, demand is on the rise, because the economy (in the U.S., at least) is recovering rather quickly, the report said. As such, companies have less inventory and it's moving off store shelves more quickly, creating a vicious cycle of supply-and-demand that leaves everyone wanting.

"We have a faster than expected economic rebound that's left a lot of suppliers and manufacturers with insufficient inventory and capacity to handle the demand pick-up," Erik Gershwind, CEO of MSC Industrial, told the site.

A slight delay
The other issue is that many of the reasons why prices rise may be felt at the source of products, but then not translate into higher prices immediately. That seems to be the case with the international food supply chain, according to a separate Supply Chain Brain report. Food prices are already at the highest level observed since 2014, and could continue to climb for an indeterminate amount of time to come.

With all this in mind, procurement pros need to be highly strategic in planning their operational efforts months in advance, so they always have a contingency plan to which they can pivot if shipments hit a snag or materials costs rise sharply.