Medical supply chains struggling due to lack of pipette tips

The Strategic Sourceror on Thursday, May 13, 2021 Procurement News, 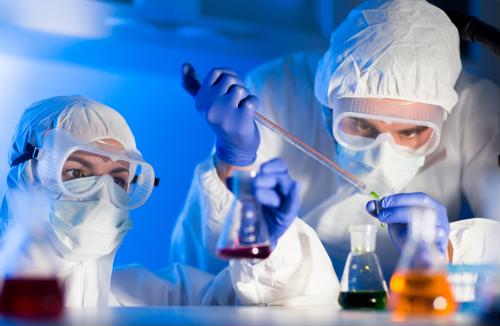 Call it an example of the butterfly effect in action: The medical supply chain — both in the U.S. and around the world — is moving at a snail's pace. In some respects, this is due to a lack of one simple piece of equipment. Plastic pipette tips are typically used in everything from medical research to COVID-19 testing and blood tests, but they've started to come into short supply in recent weeks, hobbling the industry.

Like many other aspects of the supply chain since the start of the pandemic, a series of unfortunate problems came together to create a situation in which these once-ubiquitous pipettes are now frustratingly difficult to come by, according to STAT. First and foremost is increased demand, as they are often used in COVID testing and, of course, the world has had great need of that medical service for well over a year. The U.S. alone goes through millions per week.

In addition, the power outages resulting from winter storms in Texas caused a number of major manufacturers to stop churning out the raw materials used in pipette tips, the report said. Soon after, a fire at a company that produces packaging for these tips throttled capacity even more. Altogether, these events stifled production at a time when they were in greatest demand, leaving many medical facilities to face critical shortages.The pent-up demand may take months or more of increased output to start unwinding, let alone recover from.

What's the problem?
Even when talking about just the medical-research and testing side of the problem with these delays, there are two problems that immediately spin out of the shortage, according to a separate STAT report. First is the work of countless researchers and critical testing may have to be halted when supplies run out, which could derail critical work.

Second is that even when organizations do place new orders for shipments of pipette tips, there's little to no clarity from suppliers or manufacturers about what happens next, the report said. For instance, companies may not know how much of their orders they will receive, if any, or how suppliers decide which orders to prioritize when sending shipments. That level of unpredictability creates additional problems beyond the shortages themselves.

Relief in the future?
The good news is that this is a universally recognized problem and more is already being done to improve supply, according to the Augusta Free Press. A company called Grenova — based in Richmond, Virginia — manufactures devices that sterilize previously used pipette tips so they can be reused, and the firm is moving to a new, larger facility in the near future. Since COVID began, the company has grown four-fold in size and needs to be able to meet increased demand. It's believed the company will be able to add 250 more jobs over the next three years as a result.

Obviously, this is an issue that companies in the medical supply chain will have to monitor closely in the months to come. Since there's no end in sight for the shortage, companies must do all they can to solidify their supply chains.