CPOs take note: Business travel is set to return in a big way 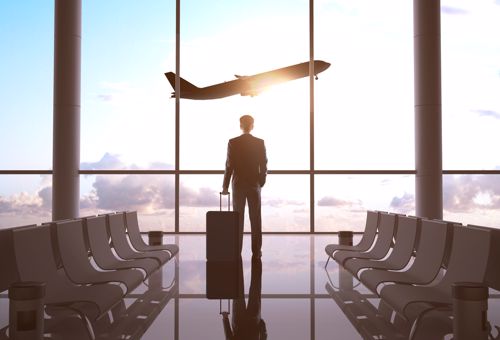 At least in the U.S. and other highly industrialized countries, the grip of the novel coronavirus pandemic is finally loosening after more than a year. For many businesses, that means a return to more traditional operations, including an increase in in-person work and, for some companies, more business travel. This, in turn, could represent big changes not only to your procurement department's operations, but also its budget.

Indeed, a recent survey of travel buyers and procurement managers conducted by the Global Business Travel Association revealed that 3 in 4 companies have employees who are more willing to travel for business these days. That included 1 in 6 who indicated those workers were eager to hit the road again. On the other hand, it's no surprise that roughly 20% of respondents said their workers were not yet comfortable with the idea of travel for safety reasons, and many of those concerns arose because employees in their departments had not yet received the COVID-19 vaccine.

At the same time, many respondents said they had concerns about staffing levels in their procurement departments that had been created by the pandemic, but 3 in 5 planned to add more workers within the next six months.

Back into the swing of things
Of course, vaccination rates are gaining steam in many parts of the country (though some are faring better than others) and that's leading to an increase in business travel, according to CNBC. For instance, Hilton CEO Christopher Nassetta recently told the network that his company has seen business travel reach 50% of pre-pandemic averages worldwide, and even higher in major countries where the recovery effort is surging ahead. This can be taken as an indicator that things are returning to normal — and doing so quickly.

"As businesses are starting to reopen offices and an expectation of in the fall kids going back to school, people start to travel for business again, and they start to congregate in meetings," Nassetta said in an interview in early May. "In fact, if you look at markets even in the U.S. and certainly China ... where they're further along, we already see business travel back to effectively 75% of volume levels that we saw in [2019]."

Along similar lines, other major companies indicate they expect to see work return fully to pre-outbreak norms by the fall, perhaps no later than October, the report said.

Added flexibility
Of course, business travel was largely replaced by video conferencing over the past year-plus, and for some veterans of the business travel game, it was a major problem, according to NBC News. However, as things return to normal, many companies are still wary of what the coming months look like, but it seems that the increase in leisure travel now being booked for the summer is assuaging those fears. Put another way, if people in the wider world are now more comfortable traveling for pleasure, there should be similar growth in willingness to travel for work.

This is something procurement managers will need to consider in the months ahead, and adjust their budgets accordingly. These changes may not be easy, but for many, they will be highly necessary as the world returns to normal.