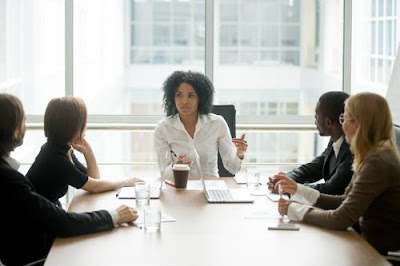 Just about every business has hit some speed bumps in the past several months, whether it was a slowdown in their sales or a hiccup in their supply chains. To the latter point, the global pandemic has undoubtedly constrained some company activities, regardless of the sectors in which they operate - and many experts believe that's a trend that will continue for some time. As a consequence, many companies are now working together to try to bolster their connections and ensure the reliable flow of both inventory and information.

In the health care sector, for instance, supply chains have become famously fragile and it's something all involved acknowledge needs to change, especially amid the global pandemic that is expected to last for months or more, according to Supply & Demand Chain Executive. A recent survey found nearly 2 in 5 health care companies have struggled to obtain personal protective equipment, and 15% have experienced issues with bidding wars for shipments and even price gouging.

As such, priorities are shifting industry-wide, with close to 60% saying they are putting a greater emphasis on trying to obtain items manufactured in the U.S., and nearly as many saying they're increasingly sharing data with their suppliers (and vice versa), the report said. More than half are trying to bolster their stock of safety items so they don't have to be as reliant on regular shipments.

Another industry impacted
Meanwhile, the renewable energy sector is facing similar issues, and many believe it could hinder business activity for the companies within it in the near future, according to a Green Car Congress report citing polling details from GlobalData. Nearly half of respondents felt that the pandemic would have a "high impact" on efforts to expand renewable energy, and another 26% felt the impact would be moderate, and in both cases, it was believed that this was because of how much equipment for such efforts is produced overseas. Only 27% felt the impact would be minimal or non-existent.
Somik Das, senior power analyst at GlobalData, noted that companies in the industry may be particularly impacted if they are in the midst of working on projects, because delays and hurdles in the supply chain could increase their risk and liabilities, the report said. If these companies can follow suit with the more proactive health care companies above, and invest in a more diversified roster of shipping sources, they may be able to weather the storm more effectively.

When public perception is an issue
Meanwhile, when it comes to the food supply chain, the general population is certainly noticing the disruption, according to a recent poll from the American Farm Bureau Federation and Morning Consult. Altogether, 85% of respondents said they've seen at least "some" impact on the food supply chain, and 59% believe the U.S. government should classify agriculture as a "matter of national security" so the industry can further bolster the supply chain.
No matter what industry a company operates in, getting a better handle on their supply chain operations - through stronger communication and more effective planning - will typically result in a more resilient response to any issues, from pandemics to natural disasters.
Procurement News