The Strategic Sourceror on Friday, May 15, 2020 Procurement News, 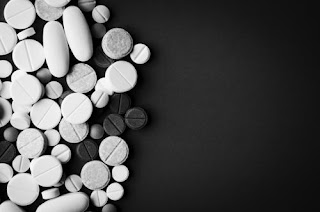 It should come as little surprise that the novel coronavirus outbreak has led to the disruption - to one extent or another - of countless industries. However, some may be surprised to learn that one such sector is the pharmaceutical industry and, more specifically, the global supply chain it relies on to conduct business on an ongoing basis.

When the outbreak became a truly global phenomenon in the first quarter of this year, the disruptions for the pharma supply chain were not particularly significant, but as time stretched on, companies were forced to take action, according to Chemical & Engineering News. That lack of significant initial disruption, however, came because pharma companies large and small around the world were forced to dramatically change their approaches as 2019 drew to a close.

The reason for that is simple: Chinese factories comprised about 13% of all those from which active pharmaceutical ingredients were sourced in the U.S., the report said. While that share was smaller what's supplied by plants in India (18%) and the European Union (26%), as well as the U.S. itself (28%), it nonetheless required a big shift in strategy, and many experts believe this will result in a long-lasting - or perhaps even permanent - change for U.S. pharma companies.

A shock to the system
In this undisputed era of disruption, there have already been significant shortages of some medications and pharmaceutical products, but because the pharma industry has longer production times, the worst may still be yet to come, according to an editorial by Pinar Keskinocak, a professor at the Georgia Institute of Technology, and Evren Ozkaya, a supply chain executive, published in Healio. Even before the outbreak, the FDA had flagged nearly 100 products as facing shortages, and a combination of higher demand from concerned consumers and reduced supply could lead to significant issues in the months ahead, as well.

Pharma, after all, tends to carry supply chain lead times of up to six months, Keskinocak and Ozkaya wrote. With the outbreak in China first becoming public knowledge in late December, that means the industry could still be waiting for the initial shockwaves to hit in some cases, let alone the ones that may come later.

Long-term views
A recent industry poll found that just 24% of respondents were "extremely confident" the supply chain wouldn't be disrupted, compared with 22% who were "extremely doubtful" of this fact, according to Pharmaceutical Technology. Altogether, though, people with a positive view comprised 47% of those polled, compared with 42% with a dimmer perspective. The remaining 10% were unsure.

What that means, more or less, is that uncertainty reigns in the pharma supply chain these days, and the likelihood of anyone having more concrete answers about what comes next for the sector is remote, the report said.

For these reasons and more, companies in the supply chain need to have not only contingency plans in place for any type of disruption, but contingencies on those contingencies, to ensure the impact of just about any unforeseen event is minimized.
Procurement News