Jenny Tsai on Tuesday, May 29, 2012 Communications, IT,
Samsung is releasing the Galaxy S3, the latest Android smartphone, today to 28 European and Middle Eastern countries who have pre-orders.  The US Market should see the Galaxy S3 in the summer of 2012.  Samsung boasts 9 million pre-orders worldwide in anticipation of the new release.  The Galaxy S3 is designed to compete with Apple's iPhone and features
Although Samsung plans to fulfill all its white Galaxy S3 pre-orders by launch dates, rumor has leaked that there are delays on the marble white and pebble blue versions due to "manufacturing issues."  The delay is anticipated to extend the marble white and pebble blue launch by 2-4 weeks.  Irregularities during the hyper-glazing of the pebble blue has produced a "blotchy" finish on the plastic casing.  Over 600,000 cases have been disposed.  The good news is that the irregularities have been resolved and a new production run is underway. 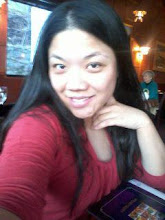