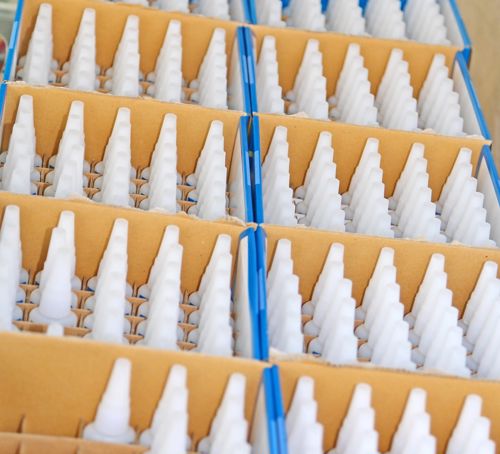 The medical supply chain has gotten a lot of attention in the news in recent months, simply because of how important it will be when it comes to distributing the novel coronavirus vaccine and, previously, other supplies needed to treat those affected. With that in mind, it should come as no surprise that federal lawmakers in the U.S. are now looking to change how this supply chain works so it can be more responsive and effective overall.

Legislators on both sides of the political aisle now fully realize the importance of making sure the nation's medical supply chain can withstand the strain it will face — and indeed, has already dealt with — amid the outbreak, according to The Hill. As such, Rep. Elissa Slotkin (a Michigan Democrat) and other lawmakers recently brought forth six bills referred to as the Made In America Medical Supply Chain Initiative, which would include a program to incentivize companies to produce more medical gear within the U.S.

Given that many companies in all industries are now looking to shorten their supply chains and reduce reliance on foreign manufacturers to get them the supplies and products they need, it's well-established that the pandemic laid bare some serious shortcomings in the U.S., the report said. Consequently, these bills are seen as a broad, bipartisan effort to shore up American responsiveness to these problems.

Responding appropriately
While the outcome of the presidential election is now clear, industry experts also previously noted that no matter who won, companies were already in the process of bringing supply chains out of China, and with a greater dependence on more regional partnerships, according to CNBC. Tim Ryan, the chair of PricewaterhouseCoopers U.S., told the network that while other nations in Southeast Asia will see some benefit from the American shift away from Chinese manufacturing, it's also believed that there will be big benefits for factories in the U.S. and Mexico, as well.

In fact, nearly half of respondents to a PwC poll conducted in September said they believe the government should play a role in boosting production of mission-critical products to simultaneously be more responsive to national needs and buoy the economy, the report said.

Getting the job done
However, this is not the kind of work that can be done overnight even if literally everyone in Washington's corridors of power believed it was necessary. A recent Supplyframe survey found that more than half of those in the supply chain sector believe it will take at least six months before the global supply chain is once again operating at its full capacity, including 1 in 5 who believe that it will take more than a year. The good news is that two-thirds of those polled also believe that the medical supply chain will be fully able to produce and distribute a vaccine within a year of its approval.

Certainly, then, these are all trends those in the medical supply chain — and beyond — will have to monitor carefully in the months ahead, and strategize appropriately along the way.