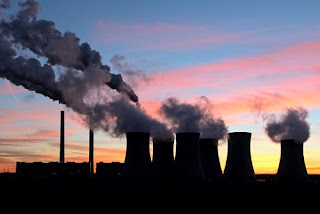 Going green isn't just for individuals and it's not just something executives promise to do and not follow through — it's increasingly how businesses operate. This is for more than altruistic reasons, but also because consumers legitimately care about the carbon footprint companies create, and in many cases, because it can be cheaper in the long run. As such, more organizations that operate in or adjacent to the logistics sector are committed to greening their supply chains on an ongoing basis.

One such company is the consumer goods titan Unilever, which recently announced that it uses geolocation data and even satellites to ensure deforestation in its supply chain is kept to a minimum, according to CNBC. Too often, when it comes to a supply chain, businesses are in a position where "one hand doesn't know what the other hand is doing" and there isn't a lot of transparency from one end of it to the other. That's increasingly changing because consumer pressure is pushing Unilever and other multinationals to change.

Now, the company uses cellphone data from truck drivers to track how items in its supply chain move, then overlays that information on top of satellite images, the report said. If the company determines that deforestation is part of a supplier's stock and trade, then it can discontinue those business partnerships. Unilever says it further hopes other companies will join in the effort, reducing costs and carbon footprints.

Why it's important
Experts stress that carbon emissions are a growing problem in the retail game overall, largely because of how much online shopping has become the norm, according to the World Economic Forum. Think of it this way: There are now perhaps a few extra steps in the supply chain between a source and the end consumer simply because brick-and-mortar retail stores have been cut out of that picture. Now, instead of going from a regional supplier to a centralized store that consumers visit at their convenience, a pallet of 100 items will typically be delivered to 100 different homes, many of which are delivered by individual vehicles.

As such, for many companies that don't control manufacturing processes on their own, going green starts at the procurement stage. Logistics firms may increasingly strive to cut out one or more partners in the supply chain to increase efficiency, lower costs and, perhaps most important in the big picture, slash the carbon footprint of their operations, the report said.

What's at stake
However, even as online shopping has proliferated between the end of the 20th century and today, companies have been extremely good about finding that efficiency, even if they don't put a name to the efforts. Edie.net notes that between 1990 and 2018, the emissions from manufacturing in the U.K. slipped by 56.7 million metric tons, and many industry experts say they're on a path to net-zero emissions within the next few decades.

With all these issues in mind, it's important for companies at every level of the supply chain to investigate how they can reduce emissions in their own processes and ensure going green is more than just an industry buzzword.