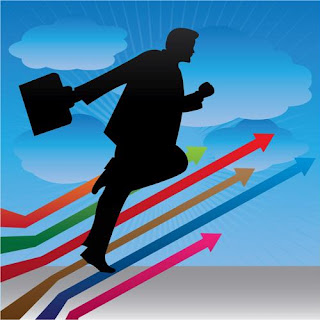 As of mid-October, most major players in the retail and logistics sectors have laid out their plans for holiday hiring, even if they haven't started onboarding new workers yet. This year, despite the economic downturn and the still-raging novel coronavirus pandemic, hiring expectations are still sky-high for many of these companies.

Indeed, the retail titan Target recently announced that it plans to hire some 130,000 seasonal workers for the coming season, more or less the same as last year's total, but with a bit of a twist, according to CNBC. Instead of just hiring normal in-store staff as usual, the pandemic has led the world's second-largest retailer to push new hires to work on same-day pickup fulfillment, either curb-side or in-store, as well as increasing the number of workers in its distribution centers.

The reason for this shift, beyond the pandemic itself, is simple, the report said. Some projections show holiday sales climbing by as much as 1.5% over last year, despite the fact that tens of millions are out of work, and Target is trying to ramp up operations to meet needs in a very different economic and social environment than what has been seen in years past. Generally speaking, Target will aim to retain up to 40% of the seasonal employees it hires in the weeks ahead.

Another big effort
Meanwhile, Walmart — the world's largest retailer — says it will strive to hire more as well, continuing a surge it has been experiencing for months, according to a separate CNBC report. Since the start of the pandemic in March, it has hired some 500,000 new workers, and wants to add another 20,000 for the holidays, all to work in its fulfillment centers. Like Target, Walmart sees its efforts at reaching consumers shifting dramatically.

As part of that, it is shifting away from the traditional Black Friday deals it offers to people who show up in stores the day after Thanksgiving, and instead extending them for the entire holiday season in stores as well as online, the report said. Meanwhile, it remains to be seen how the company will handle brick-and-mortar staffing because it has typically preferred to stretch existing workers' hours rather than go on a hiring binge like Target.

From Point A to Point B
Of course, many companies need to do more shipping at this time of year, whether it's business-to-business or direct-to-consumer, and as usual the freight giants UPS and FedEx are hiring a huge number of support workers to meet that need, according to Supply Chain Brain. In addition to hiring tens of thousands already throughout the pandemic — as package volume increased 23% on an annual basis — UPS will seek to bring aboard some 100,000 seasonal workers as it projects record-high demand for shipping services.

Likewise, FedEx is planning to hire as many as 75,000 workers, a number that is up 27% from what the company sought last year, the report said.

With all this in mind, companies would be wise to start seeking holiday hires sooner than later to avoid the heaviest competition in years for such workers.