When will procurement departments pivot in COVID's wake? 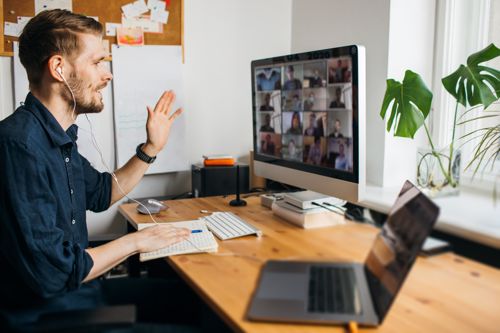 In recent months, procurement professionals and executives have paid considerable attention to how their efforts may not be up to modern standards when it comes to operating efficiently. As with many other things in society, it appears as though the novel coronavirus pandemic laid bare some of their shortcomings, and spurred them to action to address those concerns sooner than later.

Many have already identified the areas where they need to take a step forward to meet their modern needs, led by the ability to save money on their operations, according to the 2021 CPO Planning survey from Procurement Leaders and Bain & Company. That was also the top concern seen for 2020, but ranking second on the latest survey — and not previously even in the top five — was managing supplier risk. That, in particular, likely reared its head for many in the purchasing sphere thanks to COVID shutdowns and the like, and companies are now scrambling to make sure those risks are minimized in the future.

Also in the top five priorities cited by CPOs for 2021 were developing team skills at third, up from fourth a year earlier, the poll showed. Ranking fourth was improving and growing operating margins, rising one spot. Finally, dropping by two spots was increasing efficiency with new technology investments. The better news for the industry as a whole was that 84% of execs surveyed were at least slightly optimistic about their chances of achieving those goals in the year ahead.

The right investments
As the global rollout of 5G technology continues over the course of 2021, companies may need to do more to make sure they can take advantage, according to The Economic Times. Currently, about 72% of larger businesses plan to invest in this technology by 2025, and 1 in 3 say they are worried they will fall behind the competition if they fail to do so. However, there are some potential stumbling blocks, including simply not knowing how beneficial 5G could be to their operations (cited by 36%) and a lack of substantial government investment in 5G infrastructure (33%).

An in-depth look
When it comes to procurement efforts in one particular market — conference planning services — decision-makers have set themselves up for success in the next few years, according to a report from SpendEdge. Despite lingering problems due to the pandemic, it's expected that there will be an average annual spending growth rate of 3.6% each year from 2020 to 2024. That amounts to total spending over this period of $52 billion, largely because suppliers in this realm are projected to enjoy bargaining power and the industry is largely in growth mode.

With all this in mind, it's vital that those within the procurement sector make sure their efforts are helping them keep up with industry standards in 2021 — and beyond. Failure to do so could lead companies to fall far behind their competition and potentially lose out on opportunities that would have otherwise been available to them.